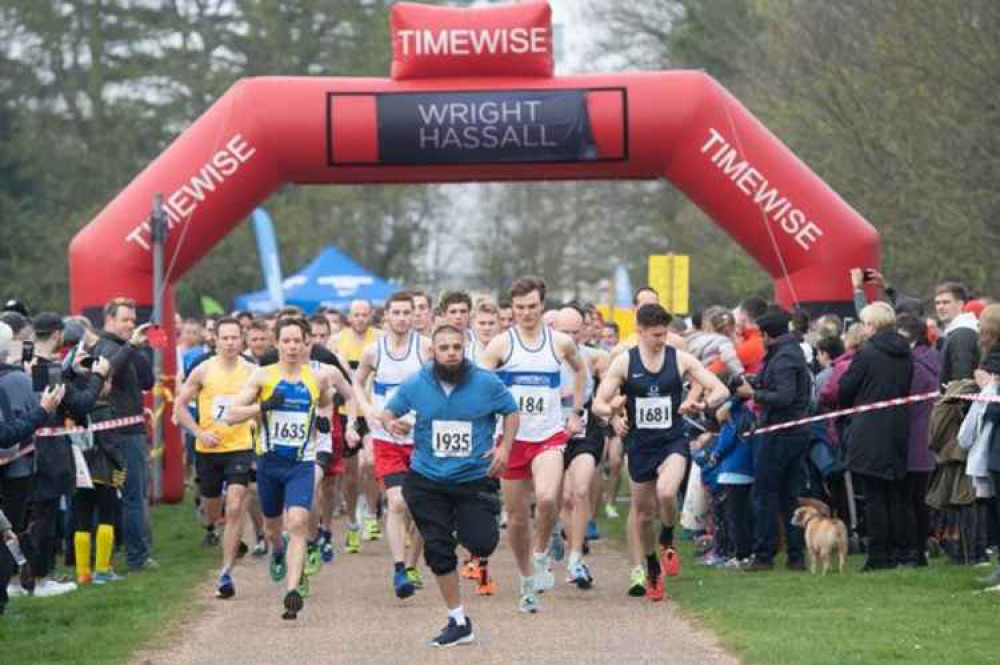 Sign ups remain open for a much-loved annual run that raises thousands for the Leamington community.

The Wright Hassall Leamington Regency 10k Run, which is entering its 18th year, will take place on Sunday, September 19 at 9am after organisers decided to move the event to later in the year.

Organised by the Leamington Round Table, the event had to be cancelled in 2020 due to the coronavirus pandemic. Despite this, nearly 90% of entrants and sponsors donated their entrance fee to the group, raising nearly £15,000 for the community in the process.

Hundreds of fitness enthusiasts had already signed up within a week of enteries opening for this year, and race director, Harpal Singh, is calling on both beginners and seasoned runners to help them reach their target of signing up 2,500 runners.

Harpal, who is also Chairman of Leamington Round Table, said: "The money raised from the Wright Hassall Regency Run makes a life-changing ripple effect throughout Leamington's community all year round, so we are delighted to be able to open entries for this year's run amid all of the uncertainty caused by the pandemic.

"If the event is cancelled due to Covid like last year, then we will again be offering entrants the choice of donating their fee to a charitable cause or receiving a refund.

"The fact that we managed to raise £15,000 for community causes last year because the vast majority of runners decided not to request a refund underlines both the generosity of people in the town, and just how loved this event is, and we are really grateful for this gesture.

"Since the run began in 2004 we have managed to distribute more than £350,000 of money to charitable causes, and between now and race day we will be highlighting how people's money is continuing to make a difference to community projects in the town. "Those that turn up on race day aren't just doing it for their own health and wellbeing, they're also making a difference to someone else's life, and we'd love to be able to hit our target of 2,500 runners this year." Leading Midlands law firm Wright Hassall, which is based on Olympus Avenue in Leamington, is once again making a substantial contribution to the running costs of this year's race. Sarah Perry, Managing Partner at Wright Hassall, added: "As a firm we are celebrating our 175th anniversary this year, and we'd love to mark it by helping the Leamington Round Table to set a new record for the biggest number of race entrants. "Exercise has been one of the key tools in helping people to cope with the pandemic, and we'd echo Leamington Round Table's calls for as many people as possible to keep that momentum up and enter this year's race." For more information about this year's Wright Hassall Leamington Regency 10K Run, visit the Regency website.