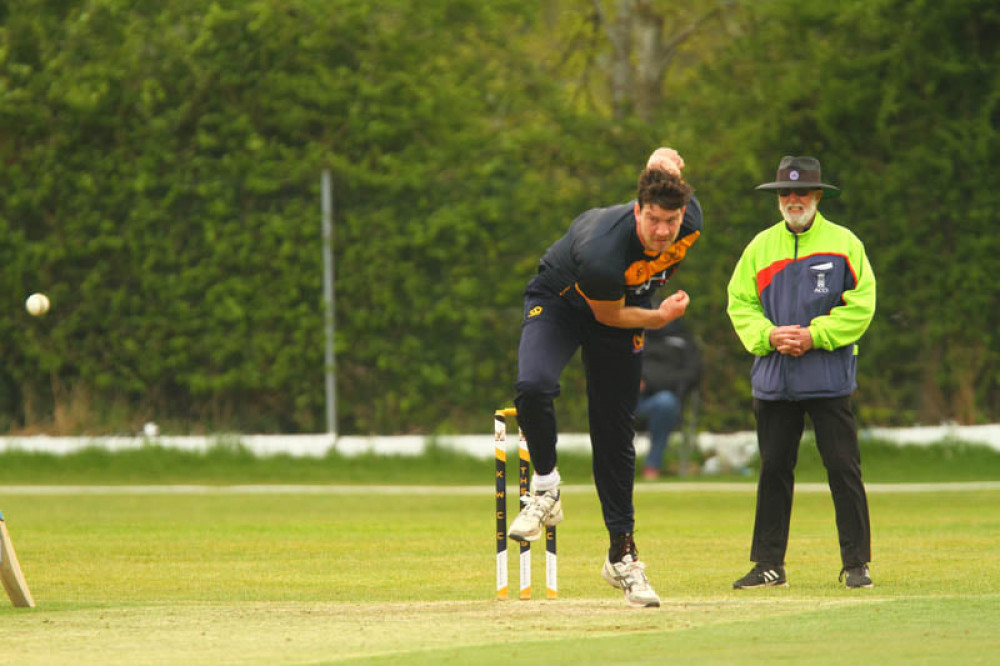 Despite Harry Johnson's brilliant 137 Kenilworth Wardens slipped to a 13-run Birmingham Premier League Division One defeat at Knowle and Dorridge.

While the 23-year-old was adding 102 with seventh wicket partner Tommy Rex the visitors had every chance of overhauling their 285-run target.

However, Rex's 47th over dismissal charging at Warwickshire spinner Jake Lintott left Wardens needing 30 from the final 15 balls and in the company of the tail this proved beyond even the outstanding Johnson.

He added 81 with third wicket partner Amir Khan (36) before both fell to paceman Alex Wyatt who claimed 3-22 from a hugely impressive ten-over spell. 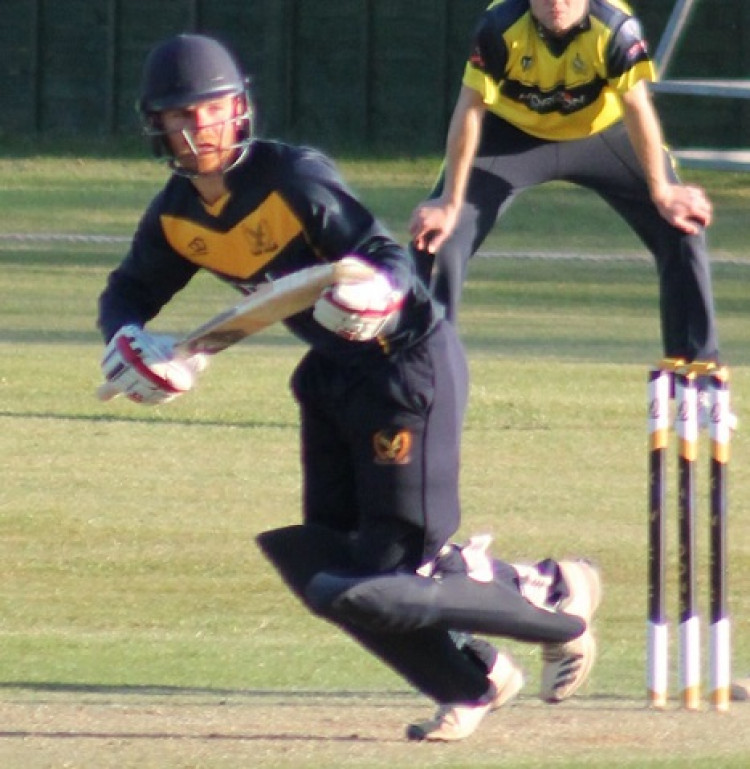 Harry Johnson hit 137 for the Wardens (Image by Steve Johnson)

When Neylan Chauhan grabbed the big-name scalp of West Indian star Carlos Brathwaite and Wyatt sent Sam Reddish back first ball the hosts were 155 for six and in danger of dropping short of a competitive score.

However, Lintott then showed his ability with the bat in compiling a 58-ball unbeaten 64, while K&D's impressive depth was highlighted by a superb Gareth Davies half-century containing seven boundaries and a six.

The eight-wicket pair added 102 in only 13.5 overs to boost the visitors' target beyond 280, and when veteran seamer Chris Cheslin then quickly removed Nick Seagar and Ali Zaryab Wardens had a mountain to climb.

As Johnson launched his outstanding knock, he found useful allies in Jamie Harrison (32), Henry Cullen (20) and Reece Evitts (25) but when Rex joined him at the crease the visitors still needed 130.

The young all-rounder contributed a fluent 33-ball 30, but it was Johnson's dazzling array of strokes which dominated the partnership. He finished with 136 from 127 balls including five sixes and ten fours before falling in the penultimate over to Brookes as K&D edged home.

Cheslin finished with 4-47 while Lintott claimed 4-57 with his chinamen.