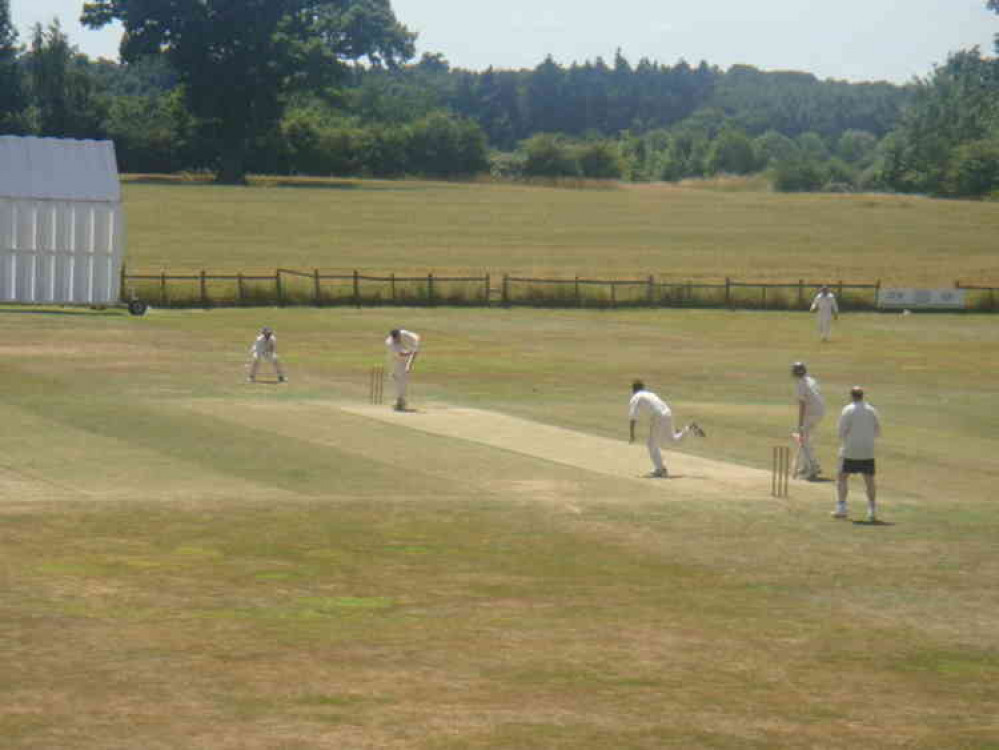 Rain was to affect the play for both the firsts and the thirds for Kenilworth Cricket Club this Saturday, with only the seconds being able to play in normal conditions.

Despite the adverse weather, the firsts and the thirds both enjoyed further positive results.

Kenilworth won their latest League fixture over neighbours, Leamington Seconds in a rain-affected match this Saturday. Leamington 155-10 (44.3 overs) lost to Kenilworth who finished on 129-4 after 33 overs (DLS method). Leamington batted first, and were bowled out in their last over for 155. J. Hawkes had made 31, and D. Williams 41 as they shared in a 49-run 4th wicket partnership. Guttens then joined Williams to add a further 42 runs for the sixth wicket, bolstering their side's total. In truth though, Leamington had at times struggled against a good Kenilworth bowling attack. Jack Howard took 3-18 off his 5.3 overs, whilst Connor Shingler claimed 3-34, Joe Atkinson 2-31, then there was a wicket each for Jono Sparks, and Darius Potten-Ravenshad. Opening bowler Steve Rhodes bowled a fine spell; whilst he remained without a wicket, he only conceded 14 runs from his 9 overs spell. There were two catches each in the field for Shingler, and Charlie Stranks.  Rain meant that Kenilworth lost 7 overs and the target score was reduced using the DLS method. Opener Chris Prophet hit a fine 49 before he fell, and Atkinson 20 as they put on 65 for the first wicket. It was left to Dan Horner unbeaten on 30, and Adie Sellar 15 (not out) to see Kenilworth across the winning lines, as they reached the revised target of 129 for the loss of 4 wickets with 3 overs of the match remaining to give the side a 6 wicket win. For Leamington, Butler took 3-31 and Bate 1-15.  Kenilworth move into to the second spot in the mini-League.

The Kenilworth 2nds. struggled against a strong Oakfield and Rowlands side, who's accurate bowling line up made it hard for the away side to find any runs.

They could only limp to 67 all out in the 40th over as only Mark Stranks 17, youngsters Will Machin 12, and Shyaan Imam 10 reached double figures.

The O & R home bowlers returned economical, and frugal figures with Fernando taking 3-5 from his 9 overs, Randall 2-14 from 9 overs, and Atkins 2-4 from his 7.2 overs. All gave fine, and very tight bowling displays.

Oakfield then took only 18 overs to knock off the runs to finish 68-3, in a totally one sided match for the hosts.

The Kenilworth 3rds put in their best performance of the season to seal victory over Kineton by 8 wickets in another rain-affected match.

Kineton batted first, and posted 176-9 off their 40 overs, with Laughton hitting 26, Cox 22, before tailenders Swift hit an unbeaten 29, and Flynn 20. The pick of the Kenilworth bowlers was young teenager, Thomas Best who took a senior cricket career best 4-16 in a fine spell of bowling, his swing continually bamboozling the Kineton batsmen. Christian Russ took 2-39, whilst Dan Barrie, Ed Smith, and youngster Louis Smithson claimed a wicket each.  Rain delayed the Kenilworth reply that saw 15 overs lost, and the side's target was reduced to 111. Father and son duo, Uma Umashanker 23, and Kieran Umashanker 8 opened, and fell before a match winning 62 run 3rd wicket unbroken partnership between Dave Smithson 37 (not out), and Steve Kelley 24 (not out) saw Kenilworth reach 113-2. Victory was sealed with seven overs to spare, as the thirds ended their League campaign in style with their best performance of the season.

Kenilworth enjoyed a fantastic Sunday of cricket this weekend