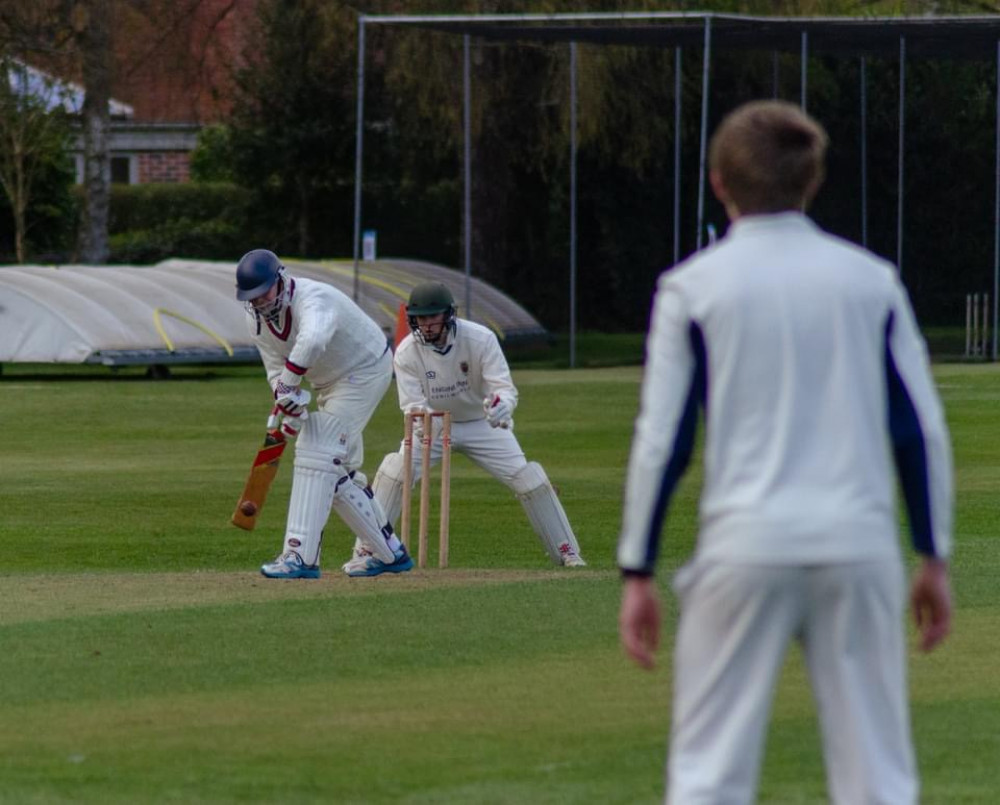 Kenilworth recovered from 64 for five and held firm to chase down Barby's 140 for ten in their opening league match of the 2022 season with two wickets to spare.

The Town side reached 141 for eight after Connor Shingler (18) and Stuart Cope (15) put on 40 runs for the fourth wicket.

Chris Prophet (28) and Matt Casey (14) then crucially added 55 runs for the sixth wicket together as the side edged to victory.

Although 35 wides from the wayward Barby bowlers made the task easier.

Batting first Barby's Tarrant hit 34 and Chandran 30 in their total but the side struggled against the accurate pace bowling from the Town's star performer, Darius Potten-Ravenshad who took a fine 4-19 from his 9.5 overs.

Shingler also chipped in with 2-28 from his ten overs whilst Casey, Steve Rhodes and Jack Howard each took a wicket a piece with the latter also running out Barby's opener.

Kenilworth were also on song in the field which was highlighted with a brace of excellent catches from both Shingler and Cope that aided their cause.

Despite Franks taking 3-28 and Chandran 2-17 for Barby, they were unable to prevent the Kenilworth side from starting their season off in winning style.

Opener Dan Horner was by far the mainstay of Kenilworth's innings as he hit a superb 75 as the side posted 139 all out to defeat Barby.

Kevin Tobin and youngster Will Machin were the only other Town batsmen to reach double figures, hitting 11 and 18 respectively.

Barby looked set for the win until off spinner Tobin was introduced into the Kenilworth attack and proceeded to romp through their line up taking a match winning 6-25 from his nine overs.

Barby fell 18 runs short ending the day on 121 all out with 11 overs of the match remaining.

Josh Charlwood chipped in with 2-20 from his ten overs whilst a wicket each from Tom Skinner and Ben Clarke handed Kenilworth a narrow win.