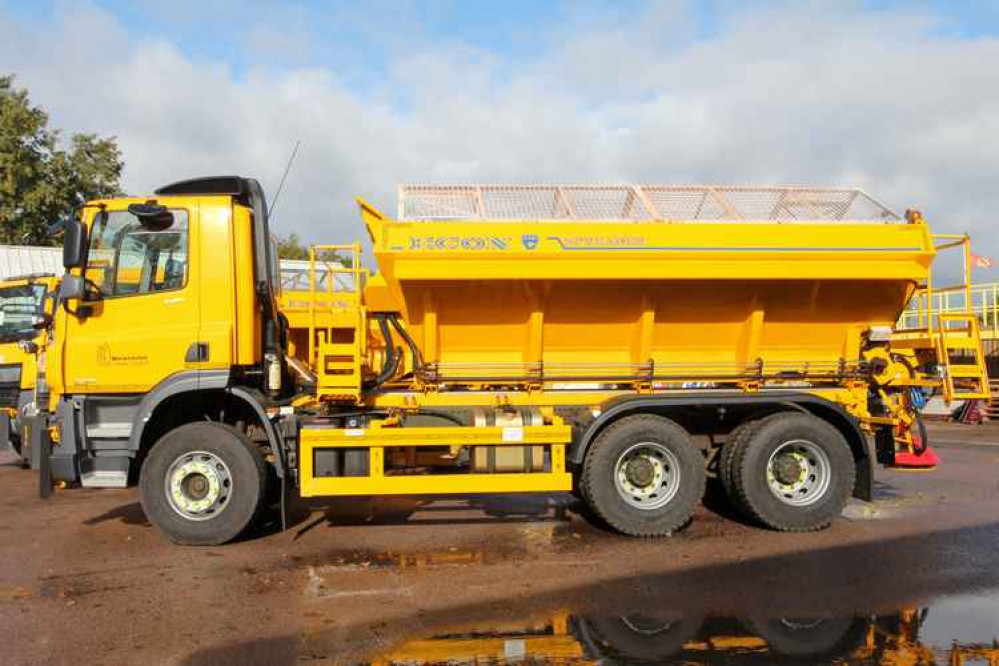 The names of seven new gritters were released today

One of a new fleet of gritters operated by Warwickshire County Council has been named in memory of a former Cubbington resident after the local community were given the opportunity to name the new vehicles.

The gritter now named 'Grey13 Hero' is dedicated to the memory of former Cubbington man Jack Mitchell (John Arthur Mitchell) and was put forward by his daughter, Alison Mitchell.

Jack worked for Warwickshire County Council for over 50 years, including on the county's gritting fleet at a time the service was carried out by shovelling the grit off the back of a truck as it went along Warwickshire's essential routes.

Grey13 was Jack's call sign from his time working on the gritters.

The gritter bearing his name will serve the area of Cubbington where Jack lived.

Since the competition closed, in November 2020, the challenge for officers has been to pick between the huge list of brilliant names, which ranged from the subtly brilliant 'Slip-not' to the far less subtle 'Snowgone-o-Saurus Rex,' to come up with the list of seven names.

So, without further fanfare, the names selected for Warwickshire's new gritters are:

Originally the competition was only opened to name five new gritters, however Grey13 Hero as was as Charlie Boy stood out to officers as being particularly poignant.

As with Grey13 Hero, Charlie Boy has also been named in recognition of a local person.

Charlie Boy is named in memory of Charlie Round, a little boy from Tamworth who sadly lost his battle with a rare form of childhood cancer in 2017. Charlie is remembered as a little boy who, despite facing incredible adversity, lit the world around him with an amazing smile and outlook.

The Gritter bearing this name will serve the area where Charlie and his family lived.

The next stage of this process will be to get the names and an accompanying decal image added to each of the selected gritters and residents will be able to spot these on the roads during the coming months.

The average number of times that there is a requirement to treat roads is approximately 60 per year, so it is in the region of 66,000 miles per annum travelled by Warwickshire gritters.

That's around three times round the entire planet.

The county holds around 14,000 Tonnes of salt in stock across five depots at the start of winter and in an average winter it will get through around 12,000 tonnes. Salt stocks are kept topped up in case of prolonged spells of cold and icy weather.

Cllr Jeff Clarke, Warwickshire County Council Portfolio Holder for Transport and Highways, said: "On behalf of the Council I would like to offer thanks to all our residents who suggested names for our new gritters.

"One of the things to have come out of the pandemic has been a massive increase in the engagement with residents and the council on social media. This naming scheme has really benefitted; without it, we may never have heard about the stories of Charlie and Jack which would have been a shame as we were only too happy to help with a suitable tribute.

"Our gritting fleet in Warwickshire does a fantastic job keeping the network running smoothly across the winter months. The five new gritters joining the fleet are a welcome addition to our efforts as a council of ensuring residents are supported by excellent transport infrastructure.

"Our new gritters have been selected based on their low emissions so that we are keeping our commitment to doing all that we can, within our business, of reducing our Carbon footprint and minimise our impact on climate change."

'Land East of Kenilworth' what is in the planning application for the Thickthorn Site?