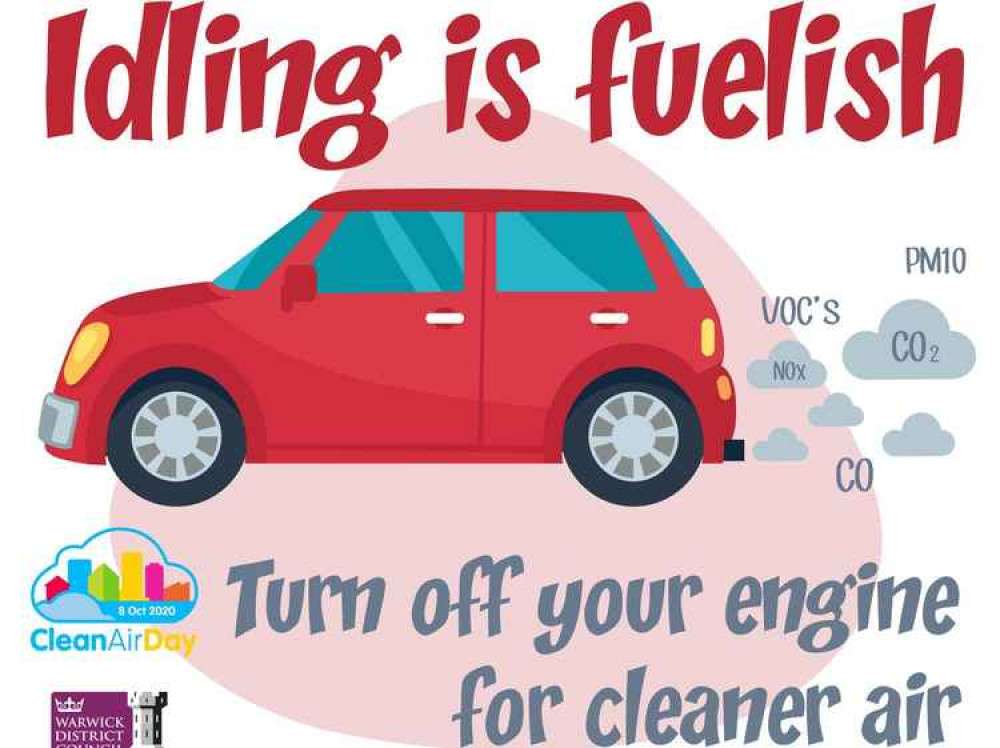 Car drivers in Kenilworth are being encouraged to turn their engines off while stationary in a campaign to mark national 'Clean Air Day' on 8 October (this Thursday).

Warwick District Council have promoted the Clean Air Day, to help highlight the negative impacts of air pollution on health, and show the importance of everyone playing a part to improve the air we breathe.

Vehicle idling is running your engine unnecessarily while your vehicle remains stationary. The effects of poor air pollution that idling creates can be particularly harmful to children or older people. It's been recognised that children are most at risk because their lungs are still growing, and those with asthma are consequently more prone to asthma attacks.

As well as promoting the benefits of walking or cycling, the Council's Health and Community Protection team hope to change the driving habits of local people from dropping their children off at school to when in traffic jam hotspots such as Jury Street in Warwick or Bath Street in Leamington Spa.

Warwick District Council's Portfolio Holder for the Environment Councillor Alan Rhead explains has said "You only need to be out walking in our town centres during rush hour, or outside the school gate to know that idling engines are making a detrimental contribution to poor air quality which in turn can seriously damage health.

"We would like to send out a simple message to drivers to turn their engine off if they are parked or stuck in traffic for more than one minute."

The Council's Portfolio Holder for Health & Community Protection Councillor Judy Falp added "There are a number of myths around idling, which we would like to dispel, such as that stopping and restarting will wear out your engine or that you need to keep your engine running to keep the heater on.

"In addition, being inside an idling vehicle also exposes the occupants to the harmful effects of high levels of air pollution."