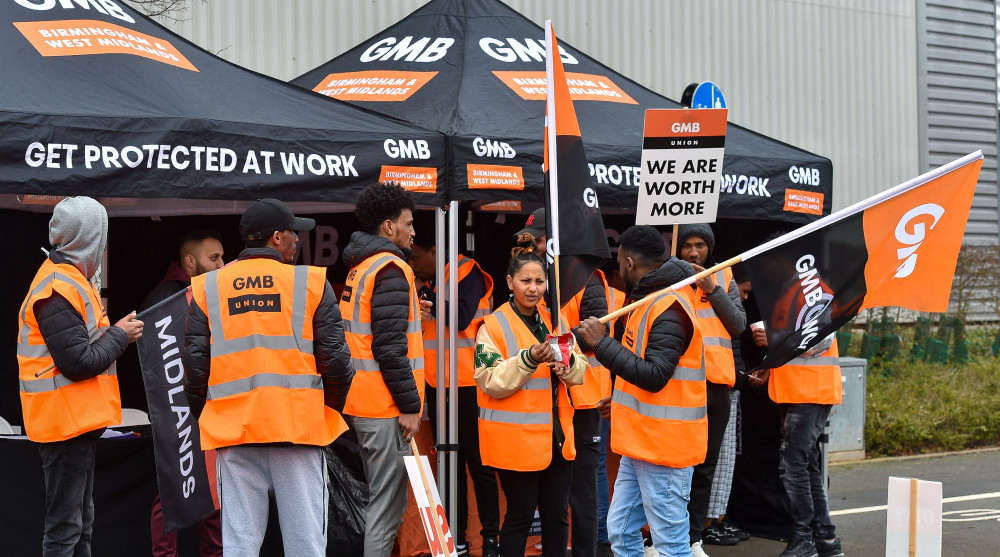 Hundreds of Amazon workers have gone on strike for the first time in the UK in a dispute over wages at the company's warehouse in Coventry.

Around 300 employees of the online giant walked out demanding a pay rise in action which was organised by the GMB union.

Workers standing on the picket line said they were struggling to support themselves during the cost of living crisis on their current wages.

They were given a five per cent pay rise, which the union say is worth just 50p an hour, prompting the industrial action outside the firm's fulfilment centre today (January 25).

Nazeret Zemuy works as a receiver, sorting parcels coming in to the warehouse, and is currently on £10.50 an hour following a 50p pay rise last August.

The 23-year-old, from Birmingham, who works 40 hours a week, said: "We need to be paid more than what we are currently on. I am struggling to support myself.

"Everything is getting so much more expensive and it's hard to cope.

"Petrol and living expenses are going up and we need more pay to cope.

"I would have to work around 60 hours a week to help support myself better but then I wouldn't have a life and would constantly be at work. 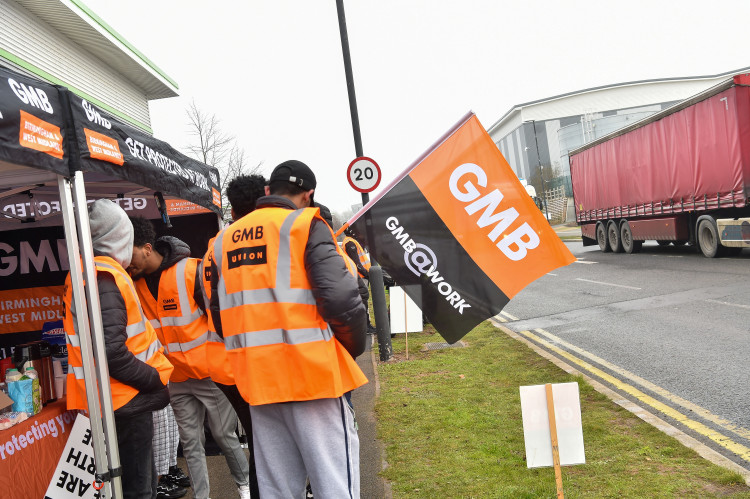 Around 300 employees have gone on strike (image via SWNS)

Wandemu Habtemichael, 28, of Coventry, has worked as a receiver at the warehouse since October 2018 and works five, 10 hour shifts a week.

He is on £10.80 an hour because he has worked there for more than three years and says he is only striking for better pay and not working conditions.

The dad-of-two said: "We are striking for our wages to be increased.

"At the moment, it is so expensive to live, and everything is going up.

"I have a growing family to support, and this wage makes it hard to do so. Working conditions at Amazon are good so I am purely out here striking for pay.

"Change needs to happen and our pay needs to increase to help us support our families better." 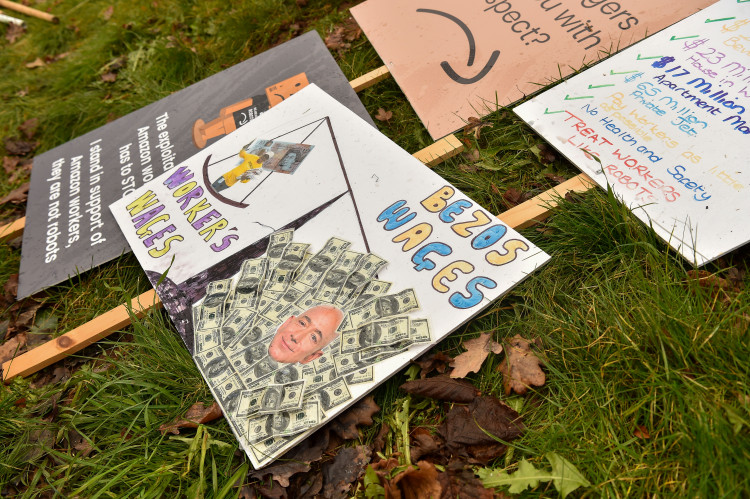 Stuart Richards has been senior organiser for GMB for the past five years.

He said he was standing on the picket line in solidarity with the Amazon workers to fight for better pay after they worked so hard during the Covid pandemic.

The 54-year-old said: "It's really simple why we are standing on the picket line today.

"These workers are a group of people who supported Amazon and worked with them through the global pandemic.

"They were then awarded with the a small and rather insulting pay rise of 50p last August and ever since then we have been wanting to speak to Amazon about this.

"We tried going down the legal route to challenge Amazon but have had no luck and we have been left with no alternative route but to go on strike.

"This is a dispute over pay.

"What we want is for Amazon to talk to us and to be able to discuss the issues and the need for change with them.

"I think the rise to £15 for hourly pay at Coventry Amazon warehouse is reasonable as we know some Amazon workers in the USA are on $18 an hour and workers at other warehouses in the UK are being paid more than they are here.

"In the context of Amazon, if they can pay other warehouses and people working for the company in other countries more, they should be able to do the same here."