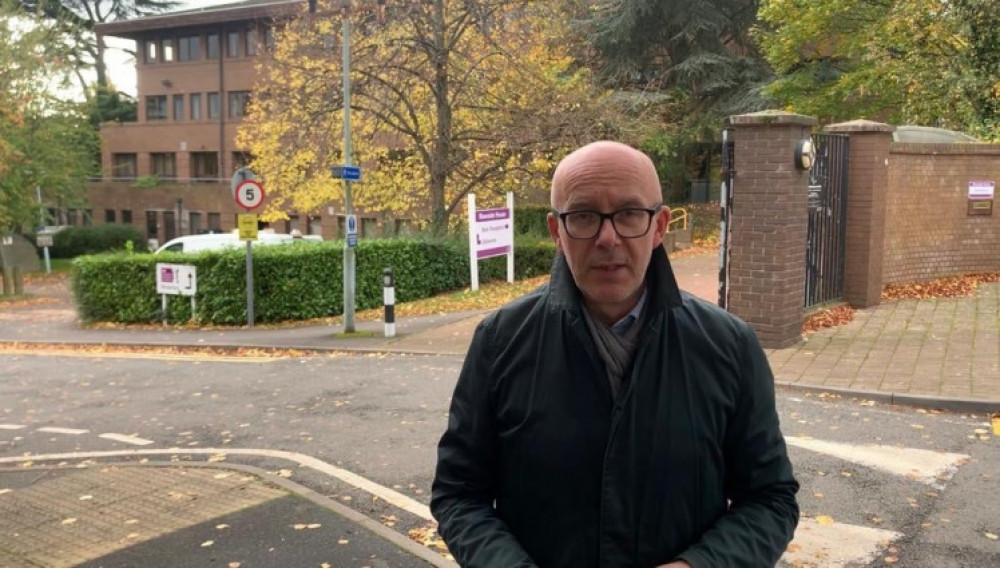 Thousands of homes are to be "needlessly" built in Warwick district, MP for Warwick and Leamington Matt Western has claimed.

The Labour MP has called for an immediate review of regional plans for housebuilding – and a suspension on construction of already approved developments.

He says the surplus homes will "damage communities" and change parts of his constituency "beyond recognition".

He added that controversial developments like the East Whitnash estate in Sydenham, the Asps in Warwick Gates and King's Hill near Coventry should be suspended.

Mr Western's claims are based on research by demographer Merle Gering.

Mr Gering, who is also chairman of campaign group Keep Our Greenbelt Green, told Mr Western the most recent census data shows the actual population growth in the area between 2011 and 2021 has been around 10,000 less than forecasted in its local plan.

Warwick District Council adopted the plan for housing in 2017 and it outlines the need for 16,776 homes to be built between 2011 and 2029 to satisfy statutory requirements - this equates to 932 per year.

Included within the plan are 6,000 homes which cater to neighbouring Coventry's housing need that cannot be achieved within the city's boundaries - often referred to as 'overspill'.

But the 2021 census published at the end of June revealed significant disparities between Office for National Statistics (ONS) population estimates used to inform councils' housebuilding plans and actual growth in many areas across the UK. 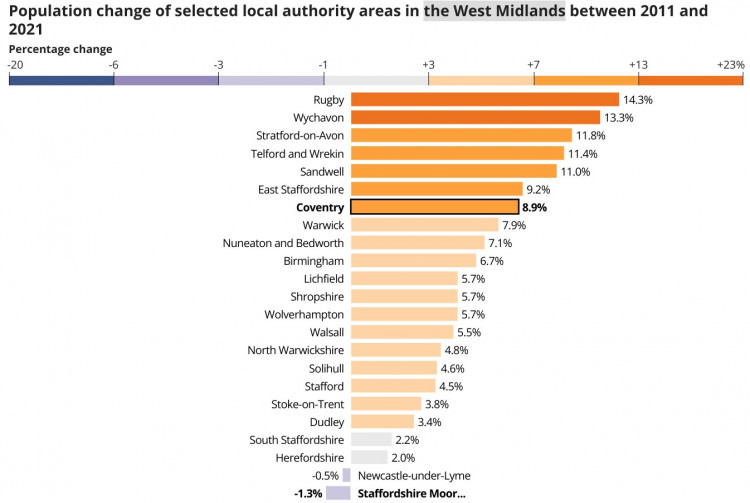 Biggest increases in West Midlands between 2011 and 2021 (Image via Census.gov.uk)

Mr Gering says housing delivery in Warwick district over the last decade - 6,482 homes (or 648 per year) - has more than provided for the real increase in population of 10,852 people.

Mr Western said: "I commend the research conducted by Mr Gering which has confirmed my fears that thousands of homes should be deleted from the local plan.

"All these unnecessary homes will damage our environment and beautiful countryside - and impact on much needed farmland we need for food security.

"Plus, hardly any of the homes outlined in the plan are social rent or council homes.

"WDC must lobby Coventry City Council and the Government for alternative, updated statistics to be used – and announce a moratorium for existing applications that could have been accepted based on faulty numbers." 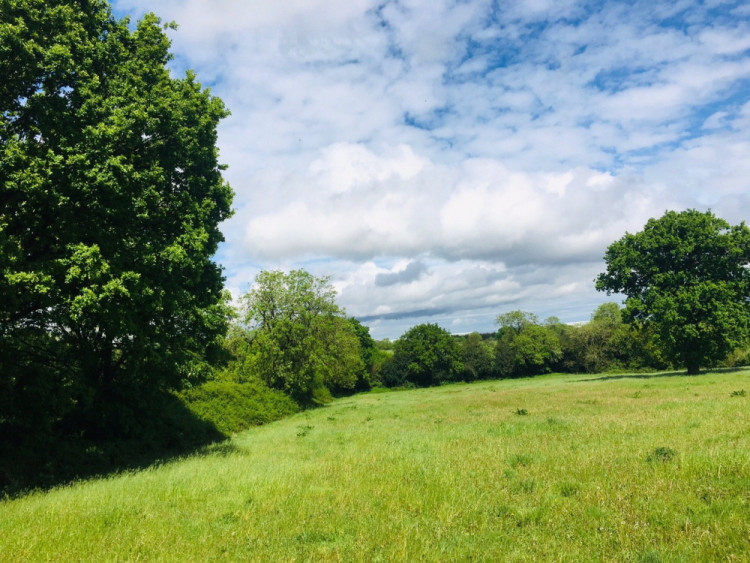 Mr Gering predicts fewer homes will be needed across the region, saying less than half of the 42,000 homes earmarked in Coventry's own local plan are required, because existing data fails to account for departing students – also relegating the need for overspill into other districts.

The latest ONS population forecasts are 40,000 higher for Coventry than actual growth shown in the census – one of most notable overestimations in the country.

CCC has admitted the ONS data is "flawed" but says the homes earmarked in its Local Plan are still required, the BBC reported.

But a review into the plans and a challenge to the Government on the data looks likely at the end of the year.

Mr Gering added: "The census data, which we have been waiting for patiently, has confirmed that our area will soon have lost stretches of precious greenbelt and seen communities damaged for absolutely no reason.

"I have huge sympathy for the people of Warwick district who are having thousands of homes forced upon them unnecessarily - which is bound to change the character of the area.

"We need to suspend Local Plans in the region until they are based on reliable data."

Speaking in response to Mr Western's claims, the district council said it was awaiting the outcome of an ONS investigation into local housing forecasts "with interest".

"The Office for National Statistics (ONS) is investigating the concerns that have been raised by CPRE and others, about the accuracy of the housing forecasts for Coventry," a statement from council leader Cllr Andrew Day said.

"These investigations will also address the knock-on implication for the number of 'overspill' houses Warwick District has been required to meet."

Cllr Day said the local plan had been adopted following a "rigorous process" which included an examination from an independent inspector.

Whilst not all of the sites in the local plan have gained planning permission yet, work is underway on progressing applications for the ones that have not. 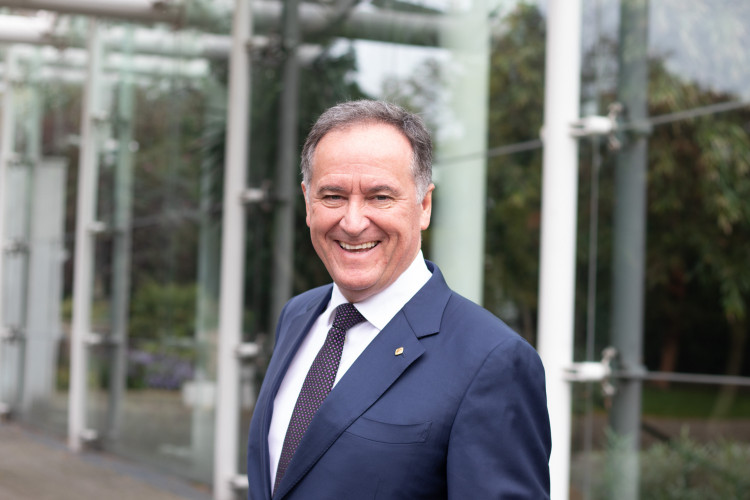 And the council leader said the latest ONS figures would also provide "an important and welcome opportunity" to shape the new South Warwickshire Local Plan which will run until 2050.

Cllr Day added: "We are working with the other Warwickshire councils across the Coventry sub-region to commission a major study to give us a proper and up to date understanding of likely levels of housing and economic development needed as we prepare this new Local Plan.

"Importantly, this study (called a Housing and Economic Development Needs Assessment (HEDNA)) will use the new census data as its starting point to give us the best possible understanding of housing needs within the sub-region, and specifically for our local area.

"The HEDNA will be published this autumn and will inform the next 'issues & options' report, which we hope to be able to put out for consultation before the end of the year, so everyone can review the numbers and have their say on the calculations."