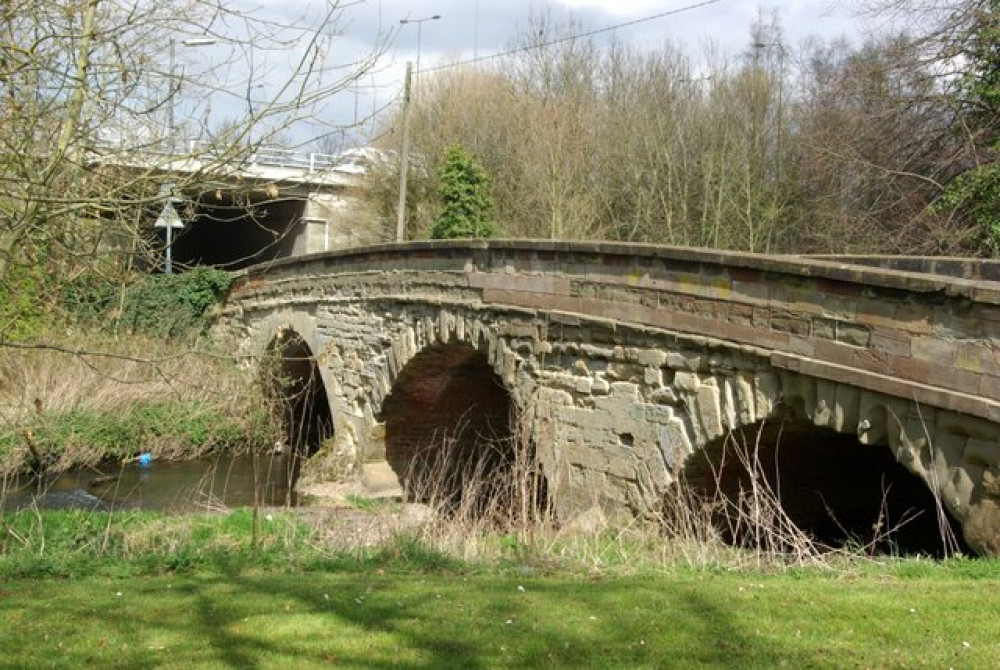 A team of stonemasons is currently replacing and refacing over 350 masonry blocks as part of a project to repair and restore an 18th century bridge.

The scheme, which is being led by Warwickshire County Council, will see the grade II listed Baginton Mill Bridge repaired.

The bridge carries Mill Hill Road over the River Sowe in Baginton, and the repairs are being jointly funded by the Department for Transport's Challenge Fund and the council.

The project, which began in June and is due to be completed in the new year, will make sure the bridge is still safe for cars to cross it as well as restore an important piece of cultural heritage.

It is one of eight schemes in the county council's £6.3million programme to repair the county's historic road bridges.

Baginton Mill bridge is formed of three brick arches with sandstone elevations. Routine inspections found the condition of this sandstone to be severely eroded after centuries of weathering.

The project has been delayed by two incidents of vehicles crashing into and damaging the bridge's stone parapet walls.

The first of these occurred three weeks before the start of the project, while the second collision earlier this month, caused significant structural damage.

Most of the work is being undertaken from below the road.

Temporary traffic lights and a temporary footbridge have been in use during the works.

WCC said only the most severely eroded stonework is being replaced, so that much of the original fabric of the structure is retained and the bridge's heritage value is protected.

Nearly 60 of the stone replacements are load bearing arch stones, weighing over half a tonne each. Removing these results in a temporary weakening of the structure, which has required heavy duty propping beneath the arches to make sure they remain safe while the stones are replaced.

Cllr Wallace Redford, portfolio holder for transport and highways says: "There's a great deal of work to be done to repair this bridge which has been eroded through centuries of wear, with additional damage from recent road traffic collisions.

"The repairs need to be undertaken sensitively to retain the historic integrity of the structure, so it is taking a little more time than you might expect.

"Baginton Mill Bridge is a really important heritage asset for the local community, as well as the county as a whole. So please bear with us during the disruption and we'll get the bridge fully open as soon as possible."

The repairs to the east side of the bridge are nearing completion and the remaining arch stone replacements on the west side will follow.