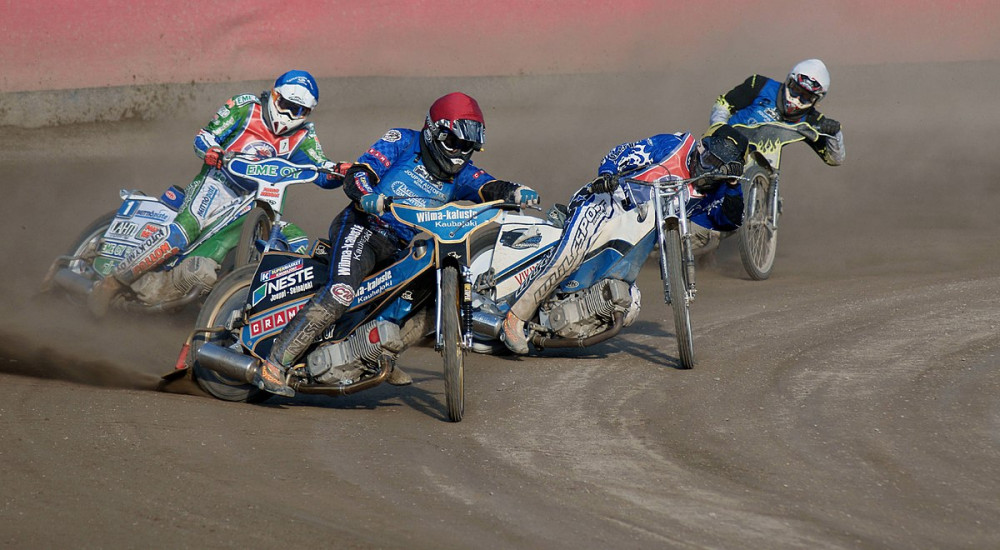 Brandon Estates had applied to build 124 houses, a 3G football pitch and a sports pavilion at Brandon Stadium

Speedway and stock car fans are celebrating after plans to replace the historic Brandon Stadium with houses and an all-weather pitch were thrown out by councillors.

The scheme, put forward by Brandon Estates, would have drawn a line under nearly 90 years of sporting history and the decision by Rugby Borough Council offers fresh hope to campaigners hoping to see racing return to the track which has been moth-balled since 2016.

Agent Gareth Hooper told this week's planning committee that the application to pull down the stadium and redevelop the site had been on the table since 2008 and had been amended a number of times following concerns raised by neighbours and planning officers.

The latest scheme was for 124 houses, a 3G football pitch and a sports pavilion.

He told the meeting: "The proposal has the support from a number of local residents who cite the proposal as removing an eyesore and addressing the risk proposed by the current condition of the site as well as providing needed affordable housing and community facilities. Many of these supporters live directly opposite."

But it was local opposition rather than support that prompted Cllr Tony Gillias to speak out, saying: "The proposal is not for a housing development, it is clearly for a brand new village in the green belt of 124 houses.

"This speculative application drives a coach and horses through the neighbourhood plan and national and local plan policies.

"The site has played an important role as a sports stadium for almost 90 years and is established and valued within the local community. It was the most historic stadium within the UK for speedway and stock car racing attracting the best crowds.

"The community has spoken not once, not twice but three times to say no to houses and yes to keeping the stadium facility – views supported by ten MPs."

Campaign group Save Coventry Speedway and Stox was also represented and spokesman Jeff Davies explained that a number of businesses and individuals were ready to renovate the stadium and that a wealthy businessman had put in an offer to buy the site and bring racing back to the area.

David Carter, a former town planner, added: "The proposal is for inappropriate green belt development outside settlement boundaries within the countryside for which there are no very special circumstances. It is at odds with the local plan and the Brandon and Bretford neighbourhood plan which states that there is a community wish that the site be retained as a celebrated sports facility for speedway and stock car racing."

Councillors voted unanimously to reject the housing plan, a decision greeted with cheers from the public gallery.

Cllr Barbara Brown said: "I would like to see something of such historical value that means such a lot to people on the continent as well as here, worked up to be a strong offer."

And Cllr Toby Lawrence added: "It is 125 years ago that a car was first produced in Coventry – this is the history of this area, automotive. To take away a facility that is to do with the car is something that I could not accept."