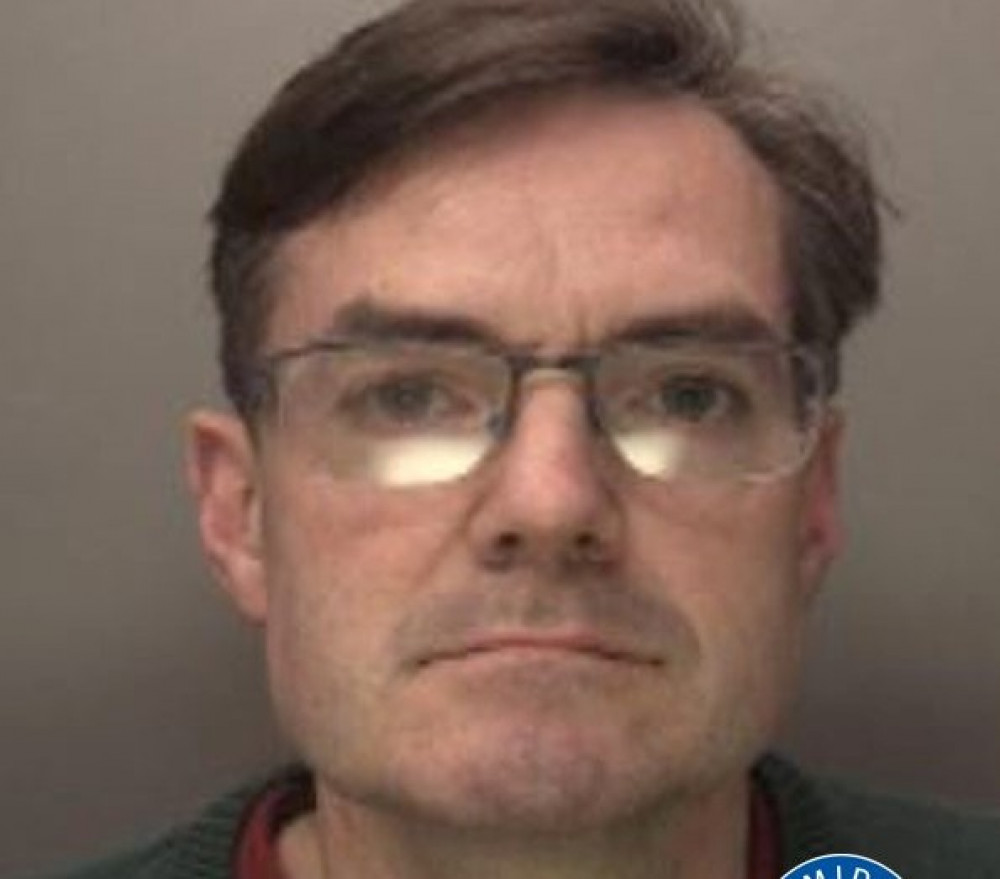 Peter Jenkins, who ran a church holiday club with his wife, abused teenage girls between 1984 and 2005 (image by West Midlands Police)

A former school teacher has been jailed for a string of historical sex offences against young girls after he handed himself into police 36 years later.

Peter Jenkins, 53, who also ran a church holiday club with his wife, groomed schoolgirls before subjecting them to sexual assaults between 1984 and 2005.

One of his victims was a 12-year-old girl who Jenkins befriended while he was at university and another was abused when he became a teacher.

A teenage helper at the holiday club he ran with his wife later became a babysitter for the couple and following years of grooming he also began abusing her at 16.

A court heard his interest in underage started in his teens and continued into his 20's when he got married where his offended continued over the space of 21 years.

His crimes eventually came to light when a solicitor contacted West Midlands Police to say their client wanted to disclose offences he had committed.

Detectives began to try and trace the women Jenkins claimed to have abused as young girls and identified and contacted four victims.

He went on to admit 15 charges, including rape, indecent assault, sexual assault, unlawful sexual intercourse and inciting a girl to commit an act of gross indecency.

Jenkins, also known as Peter Greenham, of Solihull, was jailed for 13 years at Warwick Crown Court on Friday (August 12).

He will also be on the Sex Offender's Register for life.

Detective Constable Gemma Rowan, of West Midlands Police, said: "We always treat cases with the utmost sensitivity but this was especially true with this investigation as we had to contact the women who Jenkins' had identified, out of the blue.

"Our initial enquiries were largely carried out during the pandemic, when many people were already feeling isolated and vulnerable, so our specialist officers were at pains to ensure the women were supported and guided through the process as carefully and considerately as possible.

"We felt it was important that the women who had been subjected to Jenkins' abuse were given the opportunity to come forward and talk about their experiences.

"It is testimony to the strength and power of these women that they supported this successful prosecution and have now been able to see Jenkins locked up for many years.

"We know that Jenkins groomed these girls at a time in their lives where personal circumstances made them vulnerable and he used his position of power and trust to abuse them.

"The effects of this type of behaviour have long lasting and scarring effects. We do not underestimate how traumatic this can be.

"We work with a range of other agencies who can support victims of sexual abuse, no matter how long ago it happened."

Warwickshire Pride to return for 10th anniversary this weekend