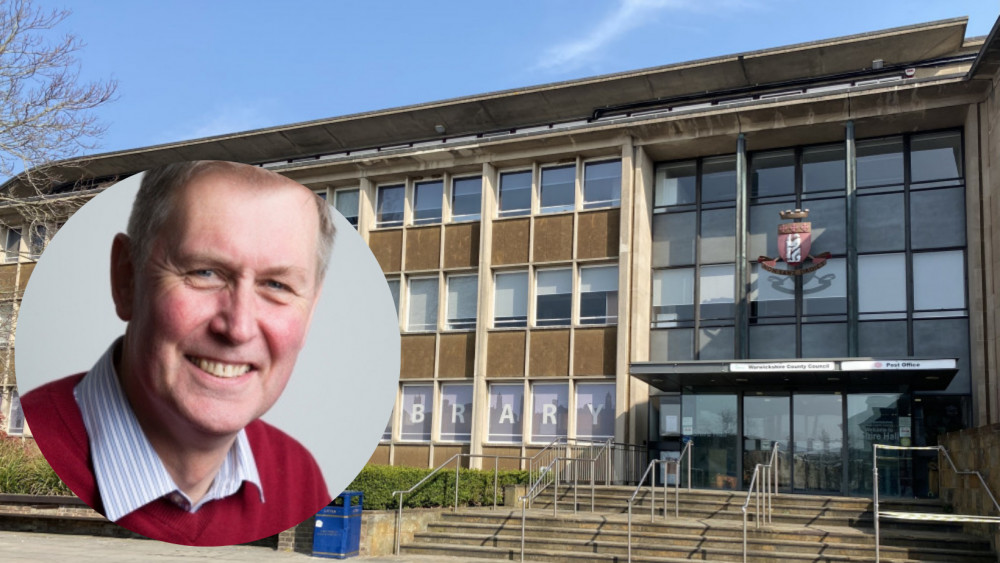 Warwickshire County Council's outgoing chairman has led the tributes to Cllr John Horner (Con, Arden) on the day that would have seen him take over the ceremonial duties at Shire Hall.

Cllr Pete Gilbert (Con, Bedworth West) spoke passionately at this week's annual council meeting about his vice-chairman and friend Cllr Horner who died last week following a short illness, calling him a great man who would be a great loss to the county.

He told fellow councillors: "He will be a great loss to this council, a fantastic vice-chairman and will be missed here at Shire Hall and across our county.

"He was independent minded, intelligent and in this for the right reasons. I know from my conversations with him that his sole focus here was ensuring that the council represents the people it serves.

"John was a man of principle, quiet passion and someone I was proud to call a colleague and, later on, a friend. He would have made quite a brilliant chairman. He was so sharp, so bright and yet enigmatic to boot and I have wondered in recent days whether people like John will be encouraged to enter politics in the future – we need more people like John here, not fewer.

"He was a great man and a great loss to us and everyone in this county."

Cllr Horner ran a farm near Claverdon and had been a county councillor since 2013, served on the cabinet and had previously been a Stratford district councillor.

Cllr Izzi Seccombe, leader of the county council, paid her own tribute. She said: "It is fair to say that John was very bright, very capable and very intellectual with a very dry wit. He didn't alway tow the line with what we believed in and that independent spirit was firmly based on his instinct and his view of the world.

"He was a valued member, a friend and a colleague and the intellect he brought to the group was valued."

Labour group leader Cllr John Holland (Warwick West) added: "We have lost a councillor that was quietly spoken but, like many quietly speaking people, was a very deep thinker. I know John was very pleased to be vice-chair and really looking forward to becoming chair."

And Cllr Yousef Dahmash (Con, Hillmorton) also paid tribute to an 'enigmatic and maverick' councillor, adding: "It is sad that we are here celebrating his life when we should be celebrating him taking the chair."