Meet the Kenilworth men swimming the Channel in aid of Aspire 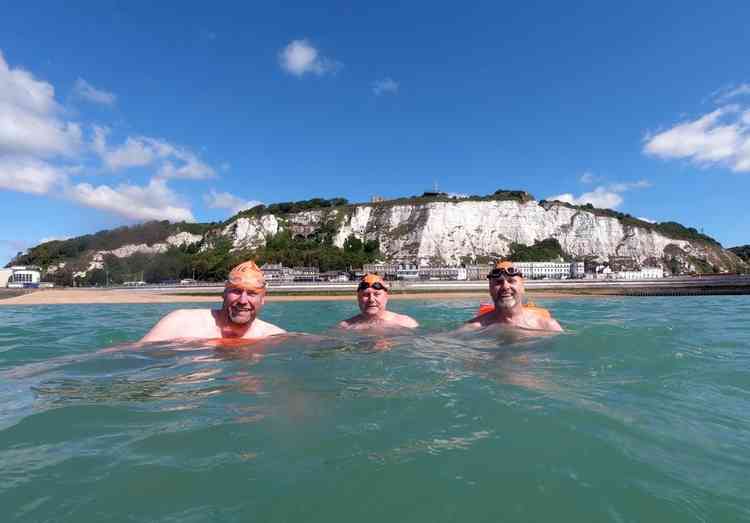 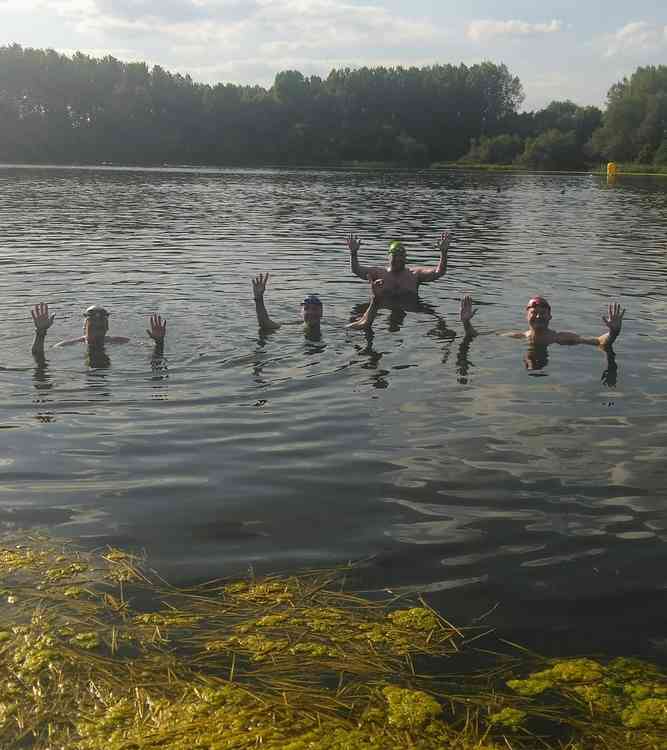 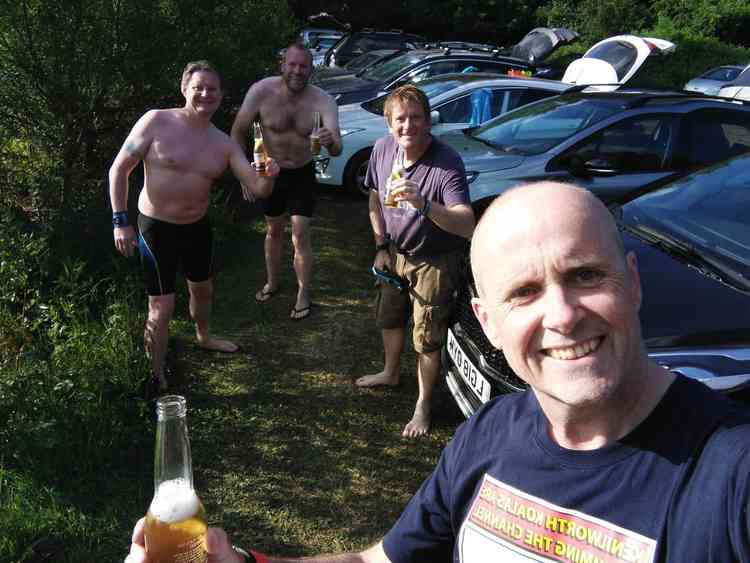 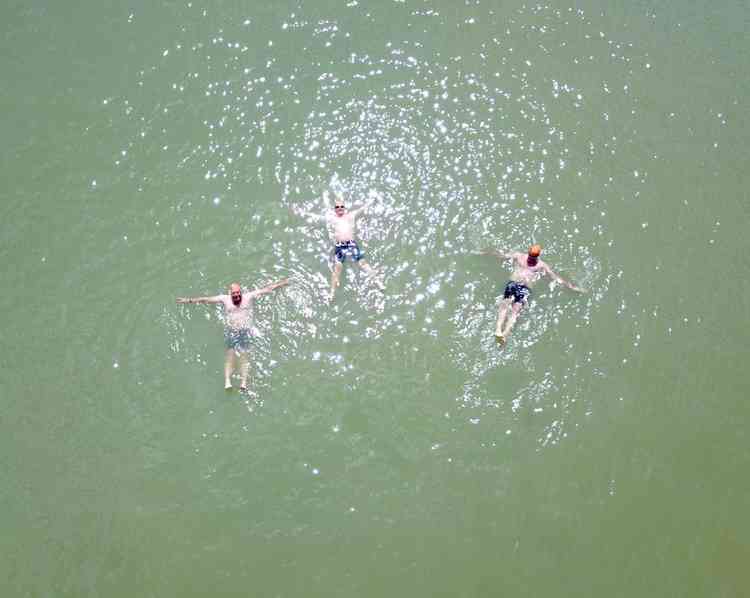 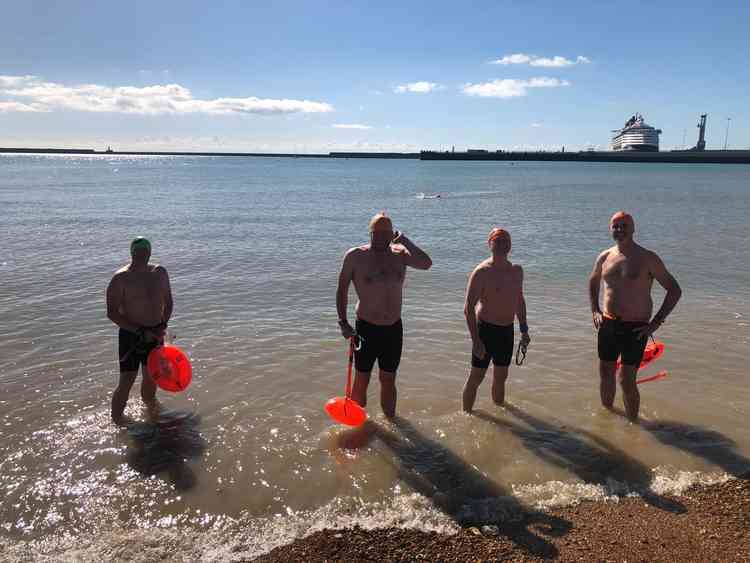 A group of five men will be braving the tough swim across the Channel this September in Aid of Aspire.

Swimming the event as a relay, each member of the team will swim for an hour, before letting the next have a turn – always in the same order.

A support boat will follow them as they bridge the 22-mile gap between England and France.

The team will depart from Dover and take the shortest route straight to Cap Griniz. However, given one must also factor in tidal conditions, it is likely that the five men will swim closer to 25 miles in total!

With this in mind, it is expected to take them between 12 and 15 hours to complete the distance.

The rules, as stipulated by the Channel Swimming and Piloting Federation, state that wetsuits are not permitted - only trunks, ear, and nose plugs may be used.

Nik Collins, who is one of the five, said "any wetsuit swim is not recorded and is why - according to the record books - there are more individuals who have climbed Everest than have swam the channel!"

Since 1875, the Channel Swimming Association have recorded 2528 successful crossings, whilst The Himalayan Database has records of 5,780 ascents of Everest.

How have they prepared?

It is expected that the team will be swimming in temperatures no warmer than a brisk 16 degrees', as such they have been acclimatising with swims in the sea, and local rivers such as the Avon.

For comparison, a Spa is typically about 40 degrees, and a swimming pool around 28, so the channel is hardly a leisurely swim.

As if the cold and the distance weren't challenge enough, Nik also said, "the biggest possible issue is jellyfish blooms that sometimes extend for a mile, and seem to be more prevalent this year, due to Global Warming.

"We'd have no choice but to swim through it."

Four of the five-man team are Kenilworth Locals - Nik Collins, Gary Kind, Ashley Ball, and Mark Richards, who all swim at Abbey Fields with the over 30's swimming club on Sunday mornings.

"We also have children in Kenilworth schools who also play sport for Kenilworth Rugby club and Kenilworth Wardens - for which I sometimes play badly for the 5th team."

Experienced outdoor swimmers, the team have previously swam the length of Lake Coniston (8.8km), and 10km in the River Dart.

"But due to the lack of wetsuits and the huge amounts of variables, the channel is the big one for all of us to do!"

What will happen on the day?

The exact date is currently not set, but will be between September 2 and 9.

"We won't know the exact date until nearer the time as this all depends on tides, swell and the timetable of other swims that week."

When they are to get underway the support boat will be under the control of Alaine Berry, partner of the fifth swimmer Marc Gledhill. They will also be joined on board by a CSPF witness to ensure everything is done as per the rules.

Whilst this feat would be difficult enough in normal circumstances, COVID restrictions also now play a part.

"The current guidance is that we are allowed to swim to France without quarantine as long as we don't talk to any locals on arrival."

In 2019 there were 120 successful attempts registered with the CSA – 36 of those being relay teams. Six of those teams also consisted of five members, the fastest of which were a team from Brazil who completed the distance in 11 hours 50 minutes.

What is this in aid of?

The swim is to be done in aid of Aspire.

Aspire is a national charity supporting Spinal cord injured people from injury to independence for which there is no cure.

Nik Said, "Due to the pandemic, charities have been badly hit so any donations really do help and count.

"I've seen first hand the good work Aspire do and some of the heartbreaking stories of people who lived lives to the full which then came crashing down after a serious accident or injury.

"We know the money we are raising will make a difference and I'm proud to be raising money for them.

Nub News wish all five of the best of luck and will update readers on how they got on after the event!

If you would like to donate, you can do so via the respective JustGiving pages for Mark Richards, Gary Kind, Ashley Ball, and Nik Collins.

Kenilworth pubs and charity combine to feed the town's most vulnerable